Students get the learning benefits of in-person classrooms virtually

Educate students with a rigorous, classical approach to learning

Virtual classrooms have become a necessity for schools around the world due to lockdowns caused by the COVID-19 pandemic. Although many schools faced major growing pains with the abrupt digital transformation, Kolbe Academy has smoothly continued to thrive as a pioneer in online education.

Kolbe Academy has nearly a decade of experience recreating the physical classroom environment virtually. Kolbe began in 1980 as a traditional in-person K-12 school based in Napa, California. The academy soon became known for its classical Catholic-based education that produces well-rounded students highly equipped for success. As its reputation grew, Kolbe garnered interest from families across the country requesting home-schooling curriculum. To also meet the ongoing demand to attend Kolbe from students located too far from the academy to do so in person, in 2013 Kolbe expanded its offerings to include live online courses. The programs were so well-received that it now exclusively reaches children through homeschool and online education programs.

“When we first started online schooling in 2013, there weren’t many schools providing live online learning,” says Megan Lengyel, Chief Academic Officer at Kolbe. “So, it was very important to us that we create an environment that really captured the in-person classroom feel, with students gathering together to participate in live instruction from a teacher.”

Lengyel was then working for Kolbe as a remote employee and was familiar with many of the applications available for conference calls and video meetings. When Kolbe decided to start creating virtual classrooms, she knew that a typical conferencing app wouldn’t give the academy the level of interactivity and connection that it was looking for.

“Many of the online meeting programs at the time were made for business and didn’t offer basic interactivity features that are essential for an educational application, particularly the ability for a student to raise their hand during class,” explains Lengyel. “I started researching everything available. Adobe Connect really stood out with its strong flexibility and interactivity features that allow us to create the look and feel of a traditional classroom online. It has all of the capabilities we need in one comprehensive virtual gatherings platform.” 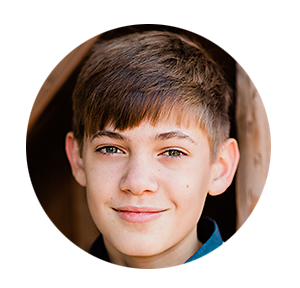 “I like how my teachers use different layouts because it makes one screen feel more like an actual classroom. It really makes learning engaging.”

Working closely with Adobe Connect partner GetConnect, Kolbe Academy implemented Adobe Connect in 2013 and hasn’t looked back. One of the biggest benefits of Adobe Connect for the classroom is its flexible layouts. Teachers can combine various display panels and functionalities known as pods to create and save any number of layouts depending on the type of lesson they’re working on. They can include chat boxes for students’ questions or create breakout rooms for small group discussions. Teachers can draw on a whiteboard and invite students to add their thoughts. They can play videos or presentations, display quizzes or classroom polls, and type out notes all on the same screen, to add more context for students.

Teachers can also set up layouts in advance and then switch between them on the fly to change how students interact with the lesson. Science Department Chair Elizabeth Hoxie switches between multiple layouts throughout each class period, hopping between live labs, presentations, and questions for students. 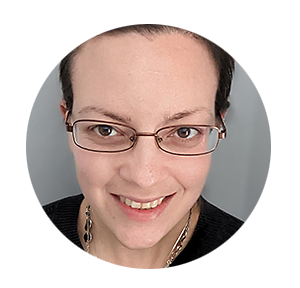 “I don’t want to just lecture for an hour and a half. The layouts in Adobe Connect make it possible for me to move between topics and different types of interactions seamlessly. I typically use anywhere from four to seven layouts during a class.”

“For me, my relationship with Adobe Connect changed when I was teaching biology lab,” says Hoxie. “I don’t want to just lecture for an hour and a half. The layouts in Adobe Connect make it possible for me to move between topics and different types of interactions seamlessly. I typically use anywhere from four to seven layouts during a class.”

Hoxie takes advantage of the Presenter Only area to set up her layouts for the day, view class notes, and privately check on students throughout the class. While many teachers will customize their own layouts as needed, Kolbe has also developed around 20 different layout templates to help teachers more easily take advantage of the numerous Adobe Connect pods.

The custom "Pulse Check" Adobe Connect layout provided to teachers by Kolbe Academy, enables a quick view into student understanding via a "Class Discussion" Chat pod and Poll pods that include lesson comprehension questions and a level of understanding ranking.

“I like how my teachers use different layouts because it makes one screen feel more like an actual classroom,” says Kolbe Student Colin L. “It really makes learning engaging. My favorite feature is the Chat pod just because I like to connect with my classmates, but I also like when teachers have Q&A pods that let us directly message teachers when we have a question.” 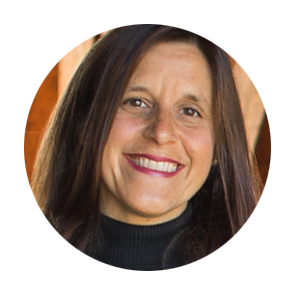 “A lot of conferencing solutions aren’t really focused on building personal relationships, but Adobe Connect gives us so many ways that we can connect with students one-on-one.”

During the COVID-19 pandemic, Kolbe also used Adobe Connect to complete its critical accreditation review virtually for the first time. “The accreditation organization was blown away when they saw the engagement our teachers had with students in our virtual classrooms,” says Lengyel. “Adobe Connect provides so many different ways of interacting with students right out of the box.”

Math Department Chair Kelly Powers likes to use a variety of engagement tools to make sure that students are listening and understanding. Students can raise their hands to ask a question. They can give a thumbs up or thumbs down to indicate understanding of mathematical topics. Powers also hides a picture of a famous mathematician in every lesson. Powers asks students to change their status within Adobe Connect when they spot the picture by selecting a status option such as “Raise Hand” or “Applaud,” helping Powers get an idea of which students are paying attention to the virtual lessons.

One of the features that Powers uses most often is the ability to pause her camera and freeze her screen in an Adobe Connect session. During instruction, Powers might hold a shape up to the camera and freeze the image. This allows students to continue studying the shape while listening to Powers’ description. If Powers needs to step away from the camera for a moment, she often pauses her live video so that students can still see her face. Powers even advises students to pause their cameras when sharing answers or taking virtual class pictures.

“I don’t think I could live without the ability to pause the video camera,” says Powers. “I use it all the time for instructional purposes but also for connecting with my students. A lot of conferencing solutions aren’t really concerned about building personal relationships, but Adobe Connect gives us so many ways that we can connect with students one-on-one.” 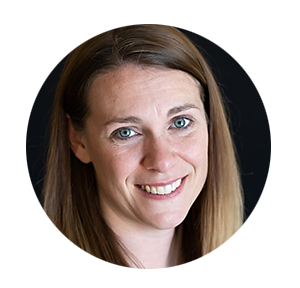 “Adobe Connect makes a big difference in the classroom for our students. By adopting its many features, we can boost student engagement and recreate the physical classroom experience in a virtual world.”

A customized Adobe Connect layout provided to teachers by Kolbe Academy to help ensure students are technically prepared for class, including an audio/video check Share pod, a pre-class Chat pod, and a Share pod with a live link to Kolbe Academy technical support.

Supporting learning with tools and training

Over the years, Kolbe has learned the importance of providing not just the best tools, but the best training. To help teachers learn how to get the most from Adobe Connect, Kolbe delivers multiple levels of training, and invites teachers to observe classrooms to see how other teachers are using Adobe Connect.

“Adobe Connect makes a big difference in the classroom for our students,” says Lengyel. “By adopting its many features, we can boost student engagement and recreate the physical classroom experience in a virtual world.”